What An Appliance Service Can Do For You

Mould is made from microscopic fungi that can form extremely rapidly and create large patches known as spores. You've almost certainly seen mould growing on food that has gone past its sell-by-date or in wet, dusty areas, but mould can also thrive within your air conditioning system.

How can mould grow in air conditioning systems?

It might sound odd to say that mould can grow within an air conditioning system. After all, a clear stream of air is regularly passed through the ducts, most ducts are made from metal or plastic, and there shouldn't be any water in the system.

That's all true, but mould really can thrive within your air conditioning system. Dust, hair, and other debris can build up along within the filters or in corners, and that build-up provides a perfect home for mould. Additionally, systems that run in quite humid environments tend to cycle through plenty of moisture; combine with the fact that air conditioning systems are closed and dark to see just how perfect they can be for mould.

Why is mould in your air conditioning system a problem?

When mould is inside an air conditioning system, it cannot be seen, and it's not like you're going to be eating off the surface, so it might not seem like something you need to worry about. However, mould gives off fresh spores, and these will be circulated around your house along with the flow of cool air.

Breathing in mould spores can lead to headaches, colds, and allergic reactions; in the long term, exposure to mould can even create or exacerbate serious respiratory conditions. Additionally, the mould spores that circulate from the air conditioning system can come to rest elsewhere and make it much easier for mould to spread in other more visible areas of your home.

How can you tell if you have mould in your air conditioning system?

It can be very hard to tell whether there is mould in your system, but there are a few things you can do. Firstly, open the vents and take a look inside to see if you can notice any signs of growth. At the same time, try to gauge whether there is a certain musty smell coming from within the system. You can also check all accessible features. If you keep suffering from unexplained allergies or getting sick but can't understand why, mould may be to blame.

However, the only truly conclusive way to find out whether your air conditioning system has mould is by calling a professional. They will be able to check inside or use a special monitoring system to ascertain whether mould is growing within the system. 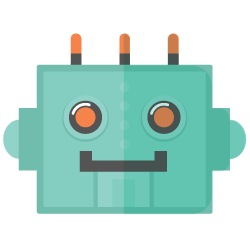 Hello, welcome to my blog. My name is Joe. For many years, I worked as a contractor for an appliance servicing company. I have repaired every type of appliance found in the average home. A lot of the time, I had to repair appliances which had stopped working because they had not been properly maintained. I would do my best to educate people on the steps they need to take in order to keep their appliances in good working order. However, I would still get called out to jobs to repair and replace appliances which had been neglected. I decided to start this blog in order advise others about appliance care.